Meaning What You Say

Recently I saw an announcement for a China-focused seminar.  The speaker was a “China expert” in manufacturing, had a seasoned background in traveling to China, importing from China and the point of the seminar, was to train other folks on “ins and outs” of China business.


On the group announcement were bullet-points of some of the topics; such as safety from China, quality control and then it had this little gem on there:
“In China Yes and No are not always Yes and No”.
This comment is often said in my industry and field and if you’ve had 5 minutes of dealing with China, you’ve probably heard someone pipe up with this quip as if they are some cultural archeologist and just discovered the key to unlocking mysteries. 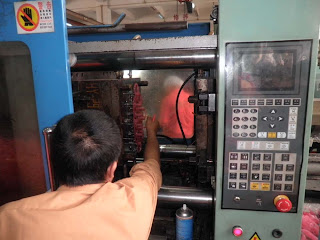 I did not attend the seminar but it's possible this topic was approached how I've heard it approached thousands of times; a blanket statement about the Chinese suppliers and their “deficiency” in manipulating the conceptual depth of a “yes”, or all the nuances and high-ended mental gymnastics that accompany a “no” and everyone sitting there nods approvingly and understandingly over the fact.
This made me think;  Imagine I’m giving a seminar in China to factory owners and suppliers about the Western buyer.  Can I confidently say to these Chinese businessmen and women, that in the West “yes is yes and no is no”.  Imagine, I’m up there, pounding the podium and adamantly informing these manufacturers that in the West, “our yes is yes and our no is no, unlike you guys.  So you better get on board and start shaping up and doing things the right way”.
I wonder, after I said that, how many of these thoughts would drift through the hypothetical attendees’ minds:
“How many times did a buyer say an order was in-hand, only never to see hide nor hair of a Purchase Order?”
“How many times did a buyer inform me about massive yearly quantities they were planning on ordering, only to never see the orders or when we actually received the orders, the quantities were much smaller than originally confirmed?
“This buyer said they were big in their industry and if we gave favorable price, they would bring much business.  Up until now, we have not seen this”.
“Many buyers tell me they will follow-up on the prices we quoted them.  But we never heard anything back”.
“That buyer assured me if we invested in making samples, that would secure the order.  We still have not seen the order.”
“The buyer knew the payment was coming we sent them the B/L and they even said that they made the transfer.  But we’re still waiting and the goods are almost to the port”
You get my drift… so, that begs the question, which side has issues on saying what they mean and meaning what they say?
When the Chinese are not giving straight answers, why is that anymore detrimental to the business process then when the Western buyer is not being straight?
Is it worse when one side does it?
Do we need to have the seminar for both sides?
Related Posts:  click title
We’ve Been Doing This for “X Number” of Years
Does Your Buyer Know You Quote That Way?
Supplier Love
Posted by From Jacob's Desk at 7:41 PM

Many thanks for stopping by. As of 2012, I'm now blogging over at http://jacobyount.com
Also our product website for bags, headwear and promotional gear is found at: http://JLstyle.com

There is a ton of good material on this old blog, but please take time out of your busy day to visit me over at the new house. I appreciate your fellowship and look forward to growing community.

From Jacob's Desk
I lived and worked in China since 2001. Now back in USA Blogging on China, manufacturing, and managing. Check new blog and new product webpage